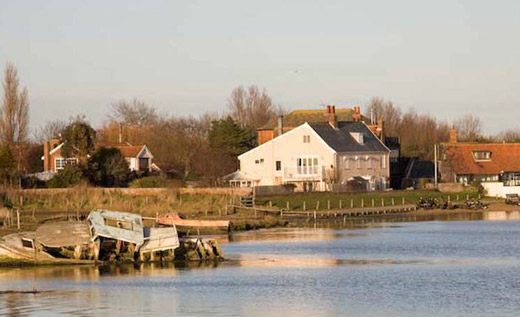 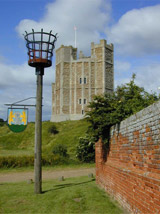 In the eighteenth and nineteenth centuries Orford, having lost the outstanding economic prosperity it had enjoyed in the later Middle Ages, became more and more dependent on the owners of the Sudbourne Estate, the principal landowners and employers in the district. The town assumed much of the character of an estate village, but the population climbed steeply to over 1200, almost twice that of today. The Orford Town Trust was constituted in 1889 to hold and administer the property of the old corporation and in 1996 the New Orford Town Trust was formed from the former Orford Town Trust and other small Orford charities.

The Town Lands and relief of the poor

The rent income from houses and land belonging to the corporation was applied to poor relief thus reducing the amount of rates paid by the householders. Some of the Town Lands were sold to private individuals, but much has been used for the provision of housing including Bakers Lane and the Town Farm Estate. The Town Marsh, now the Quay Street car park, continues to be a useful source of revenue to this day. In 1902, after the old corporation had been dissolved and the Orford Town Trust set up in its place, the present Town Hall was built on the Market Square. Additional rooms were added in 2001 along with extensive refurbishment to allow the building to continue to be used for village functions.