Bring all the family for a great night of boogying on down!
Fancy dress optional but bring your own drinks & snacks for a lively evening of fun & laughter!

The Alde and Ore Partnership is starting a new chapter

The Estuary Partnership is starting a new chapter.   At the November meeting, the Partnership agreed to a number of reorganisational changes to meet the challenges of implementing the Estuary Plan once consents have been agreed next year.    A new Community Partnership is being formed to take on the guardianship of the Plan and communicating and consulting with the Alde and Ore estuary community while the programme of works are in progress over the next few years.  Changes to the various bodies and their remits will be available on the website shortly.

The Partnership has now completed the preparation of an agreed Estuary Plan, designed so that once all the works are done the estuary river walls should be able to withstand a 1 in 200-year surge in 2050.  The East Suffolk Internal Drainage Board (ESIDB) is now fully in charge of taking forward the constructional work to make this happen.    The ESIDB has submitted the business plan, applications for a government grant and consents for the initial project for the upper estuary (Snape, Aldeburgh and Iken), to the Environment Agency where they will be considered by the National Large Projects Committee. It is hoped that the results of the application will be known by the end of February or in early March. Depending on availability of funds, it is hoped some preparatory work can start in 2020.

Meanwhile the Alde and Ore Estuary Trust, which is responsible for fund raising and providing grants to the ESIDB, is working on many fronts to raise funds. Most recently there was a highly successful pub quiz in 12 locals involving some 600 people and the grand total of £44,000 was raised in a single evening.   The film that was seen at the Pub Quiz is available on www.aoep.co.uk if you have not seen it.

The AOEP intends that the first new Community Partnership meeting will be take place on Thursday 30 January at 6.30 pm in Orford Town Hall.   This is a public meeting, and anyone may attend. 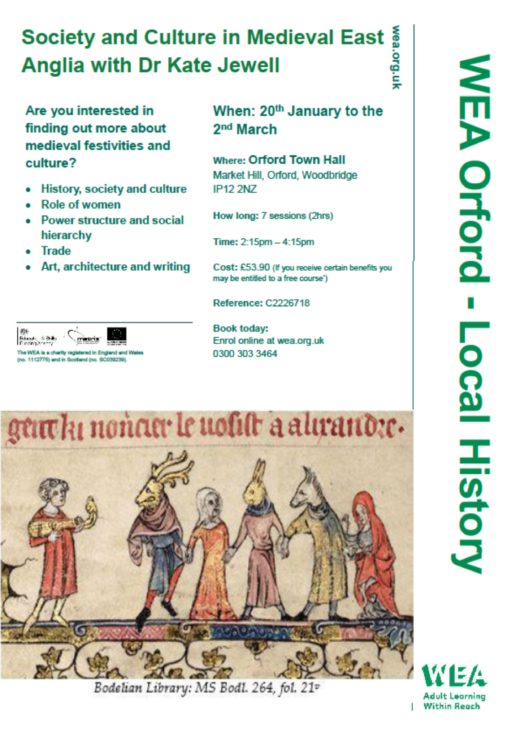 Page 8 of 10« First«...789...»Last »
We use cookies to ensure that we give you the best experience on our website. If you continue to use this site we will assume that you are happy with it.Ok