The under 10 metre boats that operate off the coast of East Anglia are crewed by motivated and caring men who are concerned about marine conservation and the way the implementation of the quota system threatened the marine environment as well as their livelihoods.

The boats that fish out of Orford, Aldeburgh and Felixstowe Ferry are crewed by responsible men who understand the need for conservation and therefore fish in a sustainable way as they have for generations with line, pot and drift netting. Their fishing methods are selective and restrict their catch to their targeted species. Their methods also allow them to return most over quota fish to the sea live.

While we applaud the efforts of Hugh Fearnley-Whittingstall who campaigns for restricting the indiscriminate netting of discards, we would like to see some recognition of the fact that not all commercial fishing operates in this way. The majority of the large volumes of dead discards are caused by the methods operated by large beam trawlers which are indiscriminate in the way they affect the marine habitat and the way they force all marine life into their nets. This not only results in a high volume of non quota fish being caught and killed but it also produces a lower quality product than that caught by the local more benign methods. The local fishermen's associations worked on the Marine Conservation Zone project and supported the proposal for the Orford Inshore MCZ to protect this important breeding and nursery ground against the damage caused by aggregate dredging and beam trawling.

We believe that achieving a sustainable marine economy is not possible while the small boats and the large number of fishermen who crew them are not allowed to catch sufficient fish to cover their costs and provide a reasonable income because of the mismanagement of the quota system by the UK administrators and the flawed decision not to revisit and rewrite the original allocations when the under10s were introduced into the system. We worked actively with the New UnderTens Fishermen’s Association, Greenpeace and other local fishermen’s associations to put pressure on National and International governments to produce a more equitable allocation of quota which resulted in a judgement in the High Court to re-allocate some of the unused quota to the smaller boats. We now wait for the outcome of the Brexit negotiations to see whether the various promises for taking back control of UK waters will materialise.

The potential loss of the fishing industry to the east coast of Suffolk and Norfolk would not only impact those who fish but would also affect the lucrative tourist industry that brings vital revenue into the area. Local, predominantly line caught, fish is sold directly to the public. The varieties of fish include cod, skate, mullet, herring and sea bass as well as lobsters and crabs either from the river or inshore fishing. These can be found in Orford at Brinkley’s Shed on the foreshore, Pinney’s shop on Orford Quay, Orford Country Market and in many of the pubs, hotels and restaurants in the area. The quality of this freshly caught fish being delivered directly to the customer is significantly higher than that which is chilled or frozen for shipment further inland. The quality and availability of fresh produce is generating a market for the product from visitors who may well not have had access to such fresh fish products before. 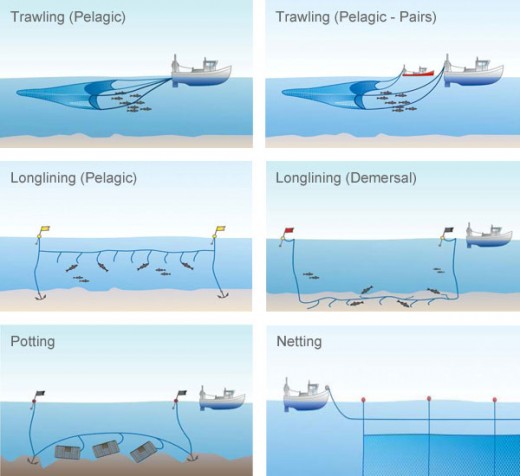 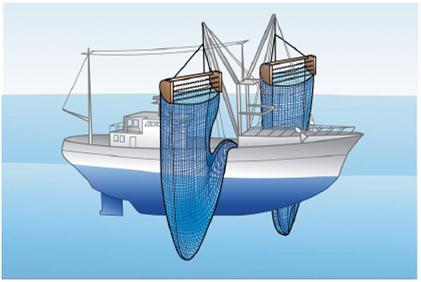 In this type of trawl, the mouth or opening of the net is kept open by a heavy beam, which is mounted at each end on guides or skids which travel along the seabed. The trawls are adapted and made more effective by attaching tickler chains (for sand or mud) or heavy chain matting (for rough, rocky ground) depending on the type of ground being fished. These skids drag along the seabed in front of the net, disturbing the fish in the path of the trawl, causing them to rise from the  seabed into the oncoming net. These practises result in the catch being condensed into tightly packed areas with large clouds of disturbed sand, causing suffocation and extensive damage to all the catch including the target species. The catch inevitably contains dead discards and low quality target fish. The skids also cause damage to the seabed which prevents fish breeding.

The local boats don’t have enough power to drag this heavy equipment or to stay at sea for the longer periods.

lmages by Julien Valo/Gcom. These fishing images are used by kind permission of Good Catch, a UK project working with chefs, restaurants and caterers on seafood sustainability.

The Association supports the development of locally based inshore fishing by offering local and national expertise and advice to the New Orford Town Trust and others for the purposes of ensuring that the best possible facilities are provided on Orford Quay for the docking, loading and unloading of fishing vessels and the safe and secure storage of fish products and equipment. The Orford and District Inshore Fishermen’s Association also supports the sustainable management of the Rivers Alde and Ore by the New Orford Town Trust.