The Royal Navy in the First World War: A Sure Shield.. 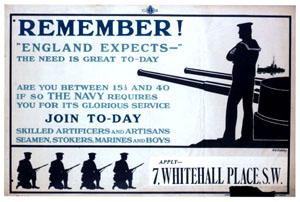 On Saturday, 12 July 2014 at 6.30pm, there will be a talk in Orford Town Hall by Major General Julian Thompson entitled The Royal Navy in the First World War: A Sure Shield.. Many people associate the Royal Navy in the First World War with the Battle of Jutland which is regarded as, at best, a draw and, at worst, as defeat; the latter especially by Germany at the time. Julian Thompson aims to show that the Royal Navy played a key role in defeating Imperial Germany and that, although Jutland was important, the maritime struggle was about more than a one-day engagement in the North Sea.
Julian Thompson left Sherborne School a month after his 18th birthday to join the Marines, and served for thirty four years in the Near, Middle and Far East and the southern and northern regions of Europe. He has commanded on operations at all levels from platoon commander to brigade commander. He commanded 40 Commando Royal Marines for two and a half years and the 3rd Commando Brigade for two years. The latter period of command included the Falklands War of 1982 in which his brigade carried out the initial landings and fought the majority of the land battles. His responsibilities in his last appointment in the armed services included commanding and training the Special Forces tasked with providing the United Kingdom’s response to maritime terrorism. He is a visiting Professor at the Department of War Studies, King’s College, London. He has published seventeen works of military history, edited one and contributed to eight others. He writes and broadcasts both on current defence issues and on military historical subjects. There is a charge of £3.00 for Friends of Orford Museum and £4.00 for guests. This includes a glass of wine. Please pay on the door. If you would like to come to this talk, please contact:
Elizabeth Spinney on 01394 450 622 or email Email.