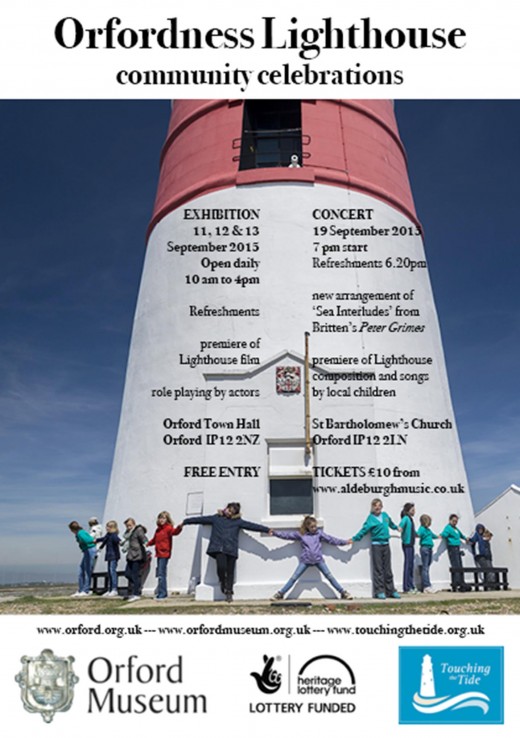 The concert on 19th September 2015, St Bartholomew’s Church, Orford, is the finale to a three-year commemoration of Orfordness Lighthouse, which was decommissioned in 2013 by Trinity House. Tickets cost £10 and can be booked via the Aldeburgh Music website (www.aldeburghmusic.co.uk).

Local children from Aldeburgh and Orford Primary Schools will premiere a lighthouse song-cycle written by them, aided by music educators. There will also be favourite works inspired by nature and the sea from Rameau, Skempton, Elgar and Birtwhistle; readings will include extracts from Patrick Barkham’s Coastlines.

Please note the earlier than usual starting time, due to the participation of local children.