A Farewell to Arms

The Town Hall Cinema begins its autumn season with a screening of the original black and white version of “A Farewell To Arms” (PG) on 19 September at 7.30.

The British Film Institute described the film, “Now beautifully restored by Lobster Films, A Farewell to Arms is released to coincide with the 100th anniversary of the outbreak of World War I.

A forgotten masterpiece, Frank Borzage’s film of Ernest Hemingway’s novel, published just two years earlier, is both a persuasive picture of the nightmare that was World War One and a deeply affecting tribute to the transcendent power of love. 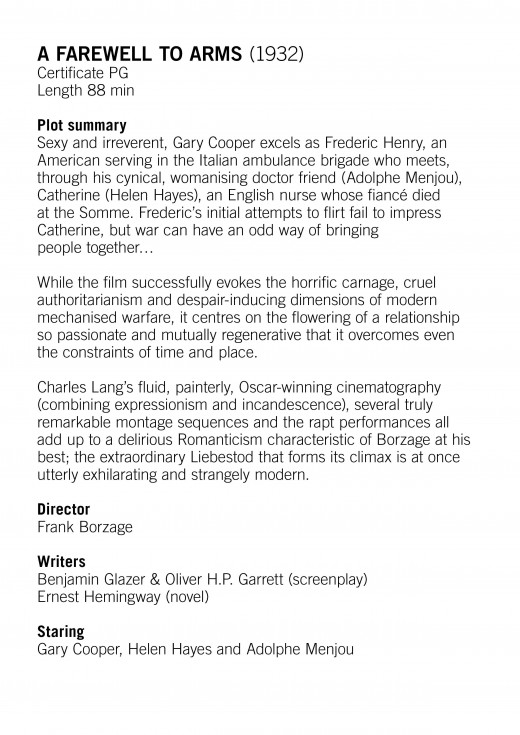